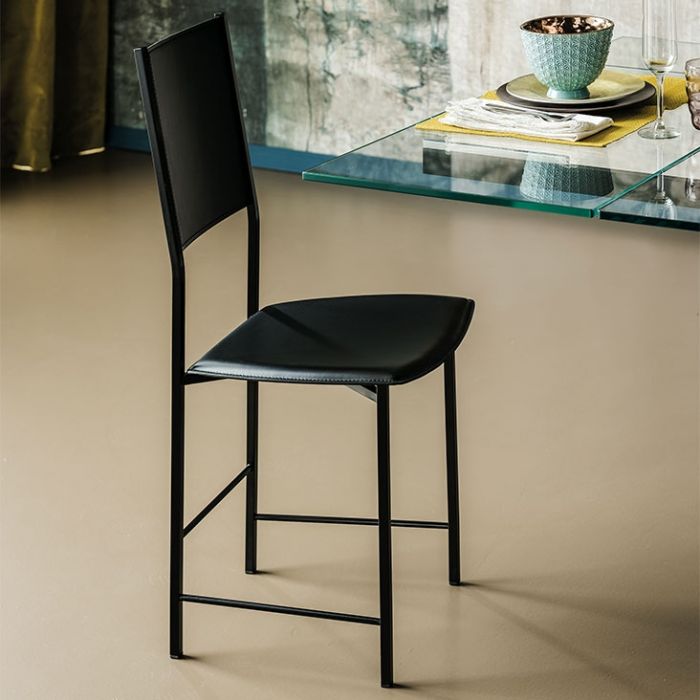 Back and seat finishing:

Back and seat finishing:

The love of family, the enthusiasm for new ideas, the passion for every project that becomes an iconic piece of furniture, for any material that can be transformed into an object and for every little step that symbolises continuing evolution: These are just a few of the characteristics that highlight the professional career of Giorgio Cattelan, the founder of the company from Veneto, which is now amongst the worldwide leaders in the production and distribution of furniture that is made solely in Italy.

The youngest in a family of seven brothers, Giorgio was the son of a well-known wood-worker from a small city called Thiene and from an early age was surrounded by wood and exposed to the art of crafting furniture and to this day the family tradition continues through five of the seven brothers through their respective careers.

CATTELAN ITALIA was founded in 1979 by Giorgio and Silvia Cattelan, whom from their humble beginnings introduced small complement pieces constructed from marble that were specifically designed for the export market.

In 1989, to satisfy ever increasing demand, the collection expanded to include kitchen tables, chairs, bookcases and other complement pieces. Every material, from wood to glass and from leather to steel, was always viewed as an important element in the design and style of each product.

However In 2011, CATTELAN ITALIA acquired the famous Tuscan sofa manufacturing company ARKETIPO and through this acquisition it entered the lucrative market of upholstered sofas.

“Your home is the symbol of what you hold closest to you” – a phrase Giorgio Cattelan likes to repeat – “a world where everyone is surrounded by inviting elements of both shape and substance . Because for me, the beauty is in the function.”

A BUSINESS WITHOUT BOUNDARIES

Cattelan Italia today has a presence in over 140 countries and is continuing to grow in the world through carefully selected dealers that echo the same values and principles as it does. CATTELAN ITALIA can be found all over the world but just to name a few famous cities: London, Los Angeles, Dallas, Montreal, Dubai, London, Melbourne and Tel Aviv.

The company from Veneto remains committed to unlocking new markets and further strengthening vital ones and it does this through its numerous agents and dealers allowing the company to have a robust and professional distribution network but also giving it a brand exposure that is unparalleled. CATTELAN ITALIA is also very active in the promotion of the brand by attending the most important international furniture exhibitions such as Milan, Cologne, Valencia and Moscow to just name a few.

Ultimately, the versatility, functionality and above all the appeal of the products is what solidifies CATTELAN ITALIA’s foothold in this competitive and lucrative market.

In the modern world of design we know that form follows function, but it is through the form of the products that distinguishes CATTELAN ITALIA not only for its impressive quality, but also for its prestige and style.

CATTELAN ITALIA believes that living and decorating comes from the senses of refinement and spontaneity whilst also always embracing new ideas and concepts as creating a lifestyle is more than just function.

Cattelan Italia conveys these beliefs through its products which are more than just finishes and materials; they are the history of the company.