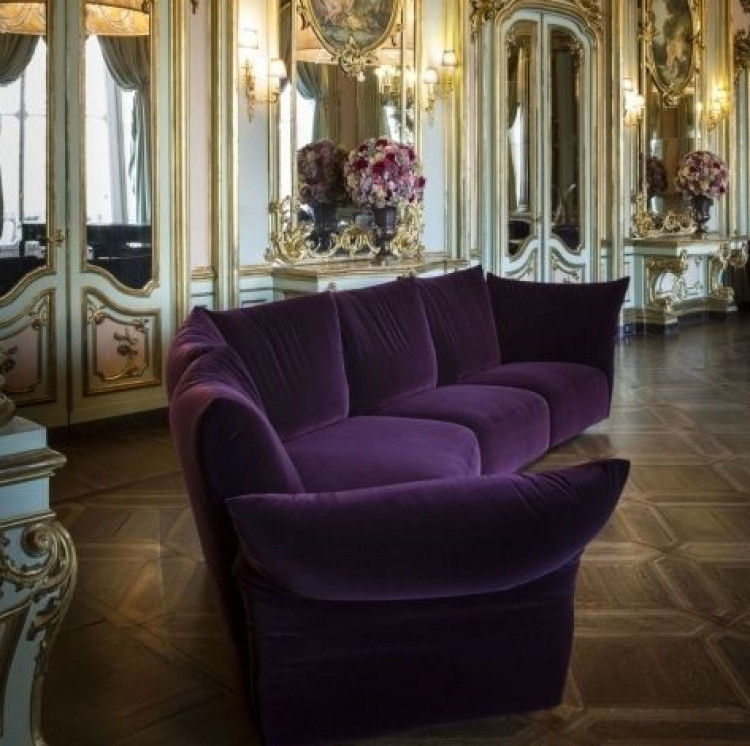 How to make velvet contemporary.

What is velvet and why is it so popular in clothing and interior design? As you know, velvet is a fabric that has a dense, smooth, soft and shiny pile on its surface. There are different types of velvet and they are differentiated according to the material they are made of. We can identify as uniform velvet the plain velvet without work or pattern; corduroy, the one worked with stripes in relief and, finally, elaborate velvet, the one worked in relief on the plain background.


Traditionally, the fabric was made of silk, which made it particularly shiny and soft to the touch; later, cotton, linen and wool were introduced.
The first velvet fabrics were found on the Silk Road, probably in the region of Kashmir, situated between India, Pakistan and China, and reached Europe, particularly Italy, around the 13th century.

Velvet became famous thanks to the skilled hands of Italian tailors and craftsmen in Palermo and Venice, who used it first as a tailoring fabric for the nobility and then as an upholstery fabric for bourgeois furniture.
In the late 16th century, with the introduction of velvet fabric, there was an interesting development of velvet production in England. This gave rise to the famous Manchester velvet, today known as corduroy, and only later, from the middle of the 19th century, did the Linden mechanical weaving mills produce the Lindner velvet, today known as Velvet.


In recent years, this specific fabric has had a real explosion, becoming very popular for the manufacture of chairs, armchairs and sofas, such as those of the prestigious Italian design brand Edra.

Edra (1987), an Italian company of excellence, today known all over the world for the absolute quality of its products that combine: artistic tradition, high manual knowledge, technological research and the use of the highest quality materials, has made velvet contemporary. Edra has always created exclusive and timeless products. The sofas, armchairs and all the products in the collection are designed and manufactured to be unique, unmistakable and to remain forever as heritage, enriching the space with elegance and warmth.


Two other prestigious Italian luxury brands that know how to work velvet excellently are Tonin Casa and Désirée. If you are looking for a fabric different from the usual, try velvet, it will bring a touch of delicacy to your home.